The publication of David Wescott’s Camping In The Old Style in 2000 marks the beginning of the Classic Camping Revival in the US.  Watts and Wescott then began to offer a series of classic camping skills courses, both in the east (The Acorn Patrol) and west (The Yellowstone Trail Chapter Hut). The “Kamp Kephart” workshop series began in 2005 at the Schiele Museum of Natural History in Gastonia, North Carolina.  Participants trained in those workshops have formed the core of a classic camping demonstration team - a group responsible for pioneering experiential history re-encampment events on the east coast.

Now you can participate in these same workshops by signing up for the latest schedule of Kamp Kephart workshops. Print out the pages shown below, fill out the application form and return to Steve at the address provided. Do it now, as these workshops fill up FAST! 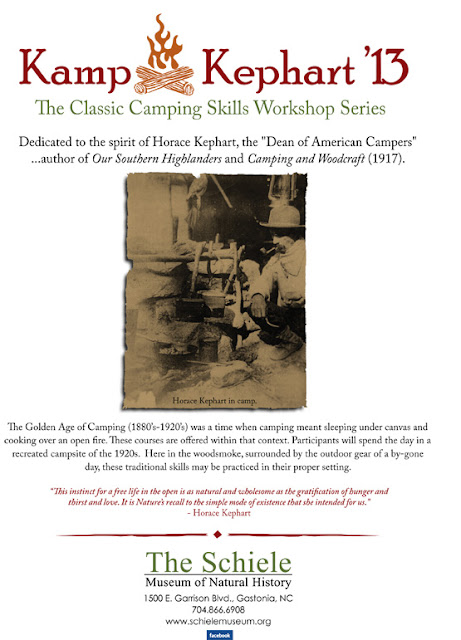 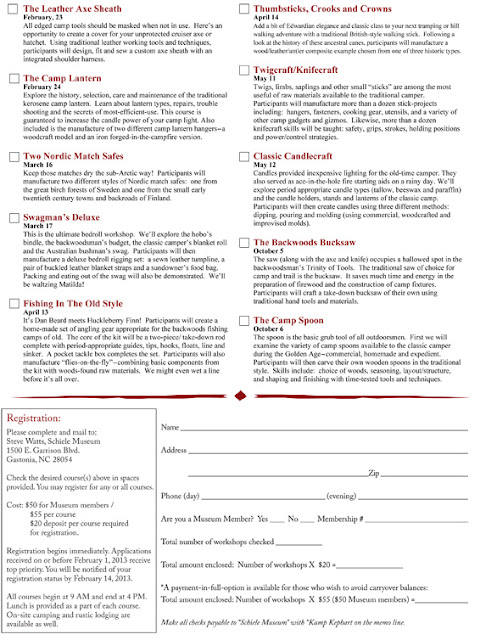 These are hands-on workshops, so you'll come away with a project you make yourself as well as a thorough exposure to the topic and how it relates to the entire field of classic camping. Steve Watts is a master teacher.