The dictionary defines a den as “the lair of a wild beast, a lurking place, a hovel,” before it goes on the mention “a study, a sanctum, a smuggery.” The Rover Den, however, suggests other words such as Possession, Recreation, Comradeship, Improvement……Its furnishing and decorations should be in keeping with the general character of the building, and should not be too elaborate or finicky.  What is wanted is the atmosphere of the workbench, not that of the boudoir. Utility, comfort and manliness should combine in its general appearance, together with touches of a Scouty nature.
There is a tendency for those who have good dens to stay in them and forget that they are really only base camps from which they set out to explore the open country round about, from which they can launch attacks on mountains.                                           The Rover Scout 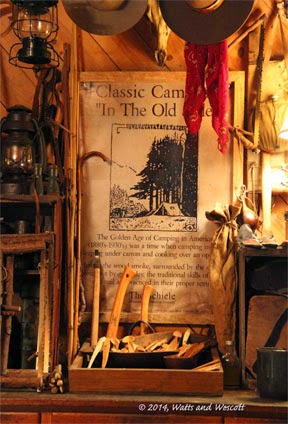 It is great: fun, in the long winter evenings, to sort over your beloved duffel, to make and fit up the little boxes and hold-alls in which everything has its proper place, to contrive new wrinkles that no body but yourself has the gigantic brain to conceive to concoct mysterious dopes that fill the house with unsanctimonious smells, to fish around for materials, in odd corners where you have no business, and, generally, to set the female members of the household buzzing around in curiosity, disapproval, and sundry other states of mind.
To be sure, even though a man rigs up his own outfit, he never gets it quite to suit him. Every season sees the downfall of some cherished scheme, the failure of some fond contrivance. Every winter sees you again fussing over your kit, altering this, substituting that, and flogging your wits with the same old problem of how to save weight and bulk without sacrifice of utility.  All thoroughbred campers do this as regularly as the birds come back in spring, and their kind has been doing it since the world began. It is good for us.
If some misguided genius should invent a camping equipment that nobody could find fault with, half our pleasure in life would be swept away.
Horace Kephardt - Camping and Woodcraft,  1917 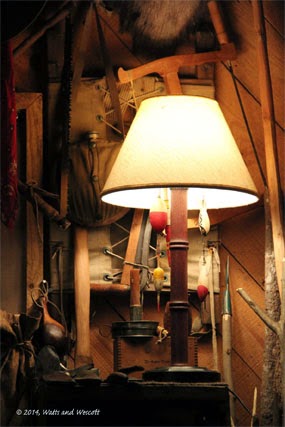 Posted by David Wescott at 9:53 AM